Who Said Guns Were Only for Men? 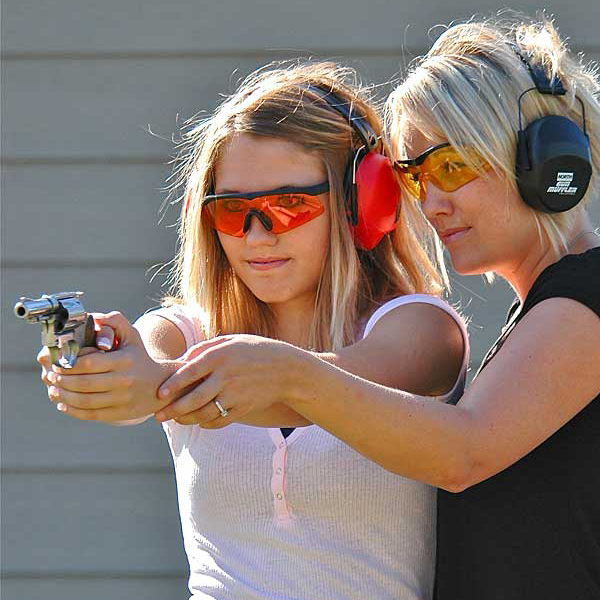 Did you know that approximately 200,000 women in the United States use a gun to protect themselves against a sexual crime every single year? That equates to a little more than 1 woman protected every 3 minutes! Who said guns were only for men?

In 2008, Angelina Jolie told the U.K’s Daily Mail, “I bought original, real guns of the type we used in ‘Tomb Raider’ for security. Brad and I are not against having a gun in the house, and we do have one. And yes, I’d be able to use it if I had to… If anybody comes into my home and tries to hurt my kids, I have no problem shooting them.”

Really it should not be a surprise—coming from the celebrity we know for slingin’ guns in “Tomb Raider” and “Mr. and Mrs. Smith.” But some other female celebrities that exercise their second amendments rights are Alexis Stuart, Miranda Lambert, and even Whoopi Goldburg. During a taping of the show “The View”, Goldburg disclosed that she is a member of the National Rifle Association. Despite their busy schedules, all these celebrities took the time to get licensed because SAFETY COMES FIRST!

Here at Doug’s we offer concealed carry and first step classes REGULARLY to teach men and women how to use a gun and get licensed for a conceal carry permit. With upcoming concealed carry classes the 25th and 28th, you can take the first step to ensure you are prepared for the worst. Carry a gun— a cop is too heavy.

Just a few weeks ago, a Californian man’s life was possibly saved because of his awareness and ability to use…

What would happen to America’s crime rate if every home was trained on how to use a gun? Surprisingly enough,…

Do you worry about the safety of yourself and your family? The world is becoming an increasingly dangerous place as the…

The Obama-run Washington bureaucracy has classified a common and reliable rifle, the M1 Garand, as a “threat to public safety…